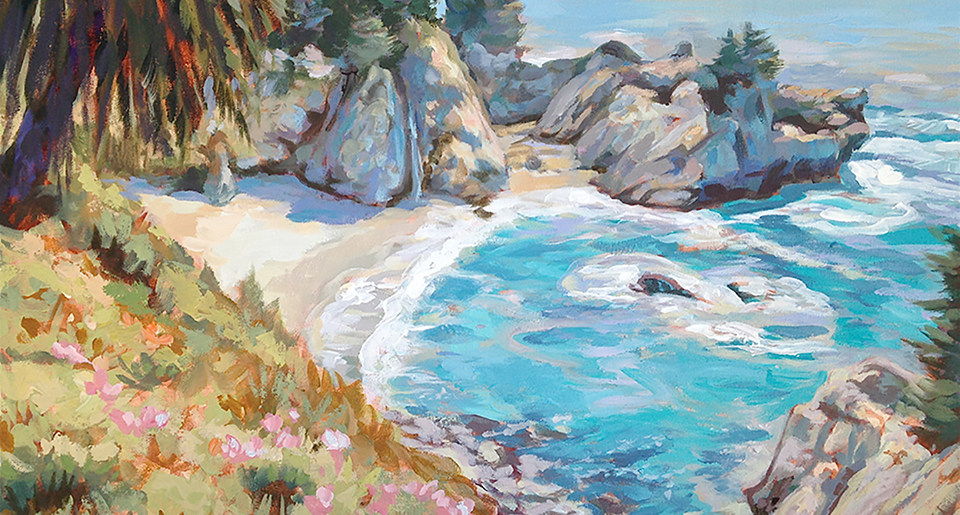 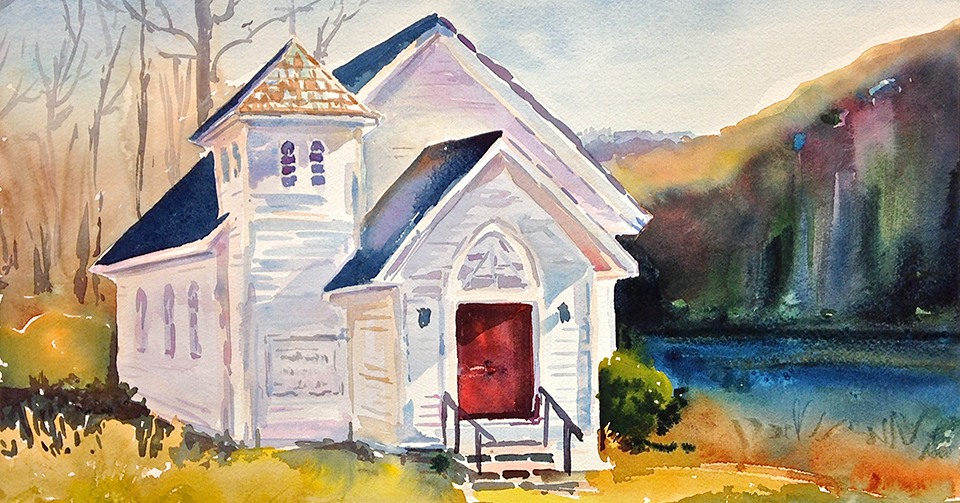 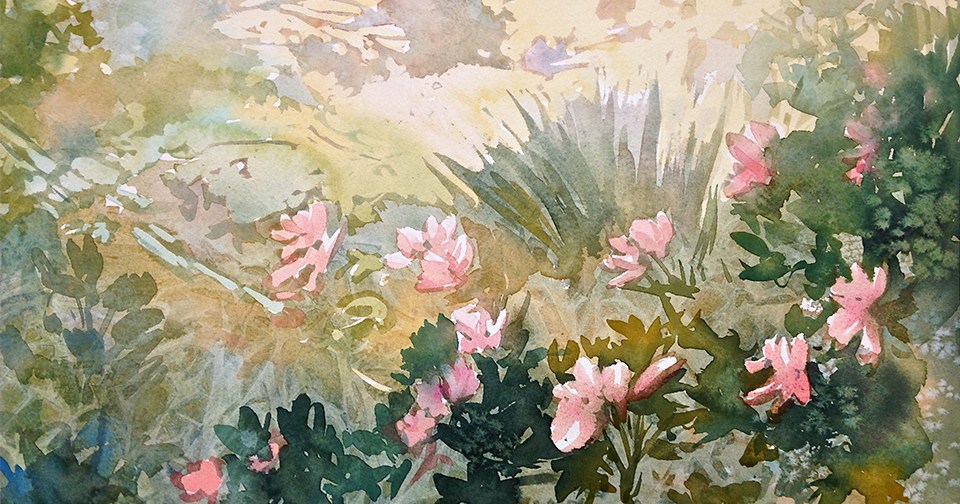 My relationship to nature is a meditation on form, light, texture and a sense of place.  To appreciate life is to see that these must function together to have balance and connection. My global view abstracts from the natural world an impression of reality that has a pre-industrial sensibility coded within it. My technical process is about self discovery, pregnant with a sense of time as integral to history, the vital DNA of the intuitive. By using thick impasto texture material, I bring the paint into the viewers’ physical space. Ultimately it has the primordial and archaeological effect of unearthing my poetic process. In this state of mind, I escape to my “Paradise” which is wherever I create it, to be renewed, whether at home, or while traveling to foreign destinations.  This approach gives me the option to express myself flexibly in an abstracted or naturalist vernacular. While I use regional themes, honoring a sense of the place in which I live, I don’t like to limit myself to any one place, and consider myself to be a citizen of the world.

Acrylics and watercolors are my tools to explore these poetic relationships through a personal calligraphy of intuitive vibrating line and color, describing all things luminous. My dreamscapes are based loosely on the world I see using thick impasto texture, sculpting and imbedding color, adding layers of wet saturated color washes, adding then subtracting to create pentimento effects of time. I write as all artists before me, on an ancient cosmological tablet, to map an ultimately illusive internal cosmos.

Gordon Meggison was born in Tampa, Florida in 1954. He lived in Japan and attended St. Josephs Academy from 1963-1968. This was followed by three years in Maine where he graduated from Sumner High School. Gordon returned to Florida in 1971 where he studied art at Jacksonville University. He has traveled extensively throughout Asia, Europe and the United States, and attributes his wide range of artistic interests to these many international influences.

Gordon has had multiple solo exhibitions in the United States, and Nantes, France in 1992 (French Light-Florida Light) which featured his plein aire watercolors painted throughout Florida and France. A corresponding show was held at the San Marco Little Theatre, where he had also painted the murals decorating the interior.

General Mills hired Gordon to paint 70 murals in many Olive Garden Restaurants located in major cities such as New York , Chicago, Los Angeles, Miami, and others all over the United States. A large mural of his work is installed in the Indiana Dunes State Park, featuring detailed renderings of 60 animals and their habitats in that park ecosystem. Gordon has painted murals for homes all over the United States to include New York, Colorado, Texas, Puerto Rico, and his fine artwork and canvas murals have been placed in countries such as the Philippines, Japan, the Cayman Islands, Canada, and Panama.

The presence of this badge signifies that this business has officially registered with the Art Storefronts Organization and has an established track record of selling art.

It also means that buyers can trust that they are buying from a legitimate business. Art sellers that conduct fraudulent activity or that receive numerous complaints from buyers will have this badge revoked. If you would like to file a complaint about this seller, please do so here.

The Art Storefronts Organization has verified that this business has provided a returns & exchanges policy for all art purchases.

Ordering a proof is the surest way to guarantee satisfaction. Free Hand Studios Inc. is wants you to be happy with your purchase. If you have approved a proof, and upon receiving your print or original is it not as you expected you can return the print for a refund. You would be responsible for the shipping costs associated with the return. If you have not ordered a proof, however, it is up to the artist and printer to match the print as closely as possible to the original. In that case there are no refunds.

This website provides a secure checkout with SSL encryption.

The Art Storefronts Organization has verified that this Art Seller has published information about the archival materials used to create their products in an effort to provide transparency to buyers.

Our prints are done on the best archival papers and canvas materials available in the marketplace today.

Your cart is currently empty.

This is only visible to you because you are logged in and are authorized to manage this website. This message is not visible to other website visitors.

This means you can use the camera on your phone or tablet and superimpose any piece of art onto a wall inside of your home or business.

To use this feature, Just look for the "Live Preview AR" button when viewing any piece of art on this website!

Below, select which favorite lists you would like to save this product into.

This means you can use the camera on your phone or tablet and superimpose any piece of art onto a wall inside of your home or business.

To use this feature, Just look for the "Live Preview AR" button when viewing any piece of art on this website!